Who is James K. Polk?

It is a simple question with a complicated answer.

Let’s start with the basics. James Knox Polk was the 11th president of the United States of America (1845-1849). As President he oversaw the largest territorial expansion in American history— over a million square miles of land—acquired through a treaty with England and war with Mexico. At the end of his single term, Polk had literally reshaped the nation, fulfilling the American spirit of manifest destiny. But big changes have big consequences. James Knox Polk was born in a log cabin in Mecklenburg, North Carolina in 1795. His father Samuel was a wealthy farmer and land surveyor who decided to move the family west across the Appalachian Mountains to try their fortunes in the frontier state of Tennessee. The Polk family thrived in their new western home, eventually settling in the small town of Columbia. It was in this setting that James Polk began to shape his political beliefs and worldview.

Young James struggled with chronic illness which culminated in a harrowing surgery performed by noted Kentucky surgeon Ephraim McDowell. Once recovered, James Polk dedicated himself to academic pursuits and attended the University of North Carolina, where he joined the debate society and graduated at the top of his class. The studious Polk even delivered the commencement speech—in Latin.

Polk returned to Tennessee in 1818 determined to begin his law career. After working for lawyer Felix Grundy and clerking for the Tennessee state senate, Polk established a successful law office in Columbia, Tennessee in 1820. He first entered politics with a successful run for the Tennessee legislature at the age 27 and served a single term there before being elected to the United States House of Representatives in 1825. Polk’s rapid political ascension was aided in part by his relationship to another of Tennessee’s most famous politicians, Andrew Jackson. James Polk was a stalwart Jacksonian Democrat who supported expanded suffrage and limited federal government.

Polk served seven terms in the United States Congress, including two terms as Speaker of the House. Polk’s time in Congress was marked by several controversial decisions including the Indian Removal Act 1830, the Nullification Crisis of 1832, and the “Gag Rule” of 1836-1844, the later of which aimed to silence the debate over slavery in the House.

Despite his national success, James Polk kept an eye on the politics of his home state of Tennessee, returning to run for governor in 1839. He served one term as governor but lost his reelection bids twice, both times to a Whig candidate named James “Lean Jimmy” Jones. Polk had viewed the governorship as a springboard to higher office, but after two failed campaigns many believed Polk’s star was on the decline.

As the presidential election of 1844 approached, the Democratic party was split over the issue of Texas. The presumptive nominee, former president Martin Van Buren, came out publicly against annexation despite growing public support. Many in the party believed the only way to defeat the Whig candidate, Henry Clay, was to strongly support western expansion. At a raucous Democratic convention in Baltimore, it took nine votes to choose a nominee. When the dust settled, James Polk’s name sat atop the ticket.

Western expansion loomed large over the 1844 presidential campaign. The Democratic party platform advocated for the annexation of Texas and the acquisition of the Oregon Territory. But critics worried that aggressive territorial expansion would lead to war with England or Mexico and disrupt the balance of power between free and slave-owning states.

Despite losing his home state of Tennessee, Polk was elected the 11th President of the United States. In that role he turned his party’s vision of a continental nation spanning from the Atlantic to the Pacific Ocean into reality.

An ambitious politician with his gifted wife by his side, President Polk tirelessly pursued his goals. Texas joined the country as the 28th state during his first year in office. Tense negotiations with Great Britain concluded with American annexation of the Oregon Territory south of the 49th Parallel. Following a controversial two-year war, Mexico ceded New Mexico and California to the United States. The Polk Administration also achieved its major economic objectives by lowering tariffs and establishing an independent Federal Treasury.
Most of all, in just four years Polk’s commitment to westward expansion forever reshaped the United States. The United States acquired more than a million square miles of western territory and extended its boundary to the Pacific Ocean under President Polk’s presidency. True to his campaign pledge to serve only one term, Polk left office and returned to Tennessee in March 1849, having accomplished all he set out to do.

James K. Polk worked tirelessly as President and looked forward to a restful retirement where the nation would celebrate his accomplishments. Tragically, Polk died of cholera just 103 days after leaving office. At the time of his death, thousands of Americans were rushing west, into the territory Polk had acquired for the United States, in search of gold in California. A man whose life had been shaped by his early years on the Tennessee frontier had left a vast new frontier as his legacy.

Who is James K. Polk?

In many ways Polk’s critics had been correct when they warned of the dangers of expansion. Texas annexation led to a contentious war with Mexico which even in its own time was unpopular and hotly contested as imperialistic and incompatible with democratic ideals. The new territories inflamed sectional tensions between Slave States and Free States, and ultimately hastened the coming of the Civil War. James Polk made the United States larger and more powerful than ever before, but this rapid growth caused significant growing pains.
So, who is James K. Polk? The question was asked, mockingly, by the Whig Party when Polk the “dark horse” candidate was nominated on the Democratic ticket. Today many Americans are still asking the same question. Despite his undeniable accomplishments, Polk’s legacy was overshadowed by his tragically short retirement, flashier personalities in the political sphere, and the Civil War that followed.
James K. Polk was a seven-term U.S. Congressman, Speaker of the House, Governor of Tennessee, and the 11th President of the United States. He was a Jacksonian Democrat, a faithful supporter of his friend and mentor, Andrew Jackson. He was a committed husband, brother, uncle, and son. He was a skilled, hardworking, and controversial politician who left a lasting mark on the nation he served. 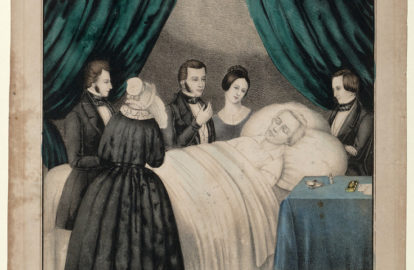